My Journey with Autism

Currently one in every sixty-eight children in the U.S. will be diagnosed with autism. More children will be diagnosed with autism this year than with AIDS, diabetes, and cancer combined. In the 1970’s and 1980’s only 1 out of every 2,000 children received an autism diagnosis. Autism was not nearly as prevalent, and little practical information was available for parents and educators.

My development began normally and continued until I was eighteen months old. At that time, I began to regress rapidly. I lost my ability to communicate with words, and I ceased to engage in eye contact, a skill I had previously learned. (About 20% of children with autism experience a similar period of regression.)

When I entered kindergarten, the Rochester School specialists labeled me emotionally impaired. My mom refused this label, informing the professionals, “My son’s disability is not emotional but neurological.”

She diligently researched the top professionals for learning disabilities and paid to have me tested. Neuropsychologist Dr. Jerel E. Deldotto from Henry Ford Hospital confirmed that my disability was indeed neurological.

Educational specialists and doctors informed my parents that I would probably never read beyond a seventh grade level, attend college, or participate in athletics. Even so, my mom was determined to help me to excel in life. She empowered me to develop my unique gifts for independence, employment, and relationships.

As Dr. Temple Grandin said, “In special education, there’s too much emphasis placed on the deficit and not enough on the strength.”

When I was seven years old, my mom gave me a stuffed animal of a prairie dog for Christmas. This toy sparked a special interest in prairie dogs; I could tell you every detail about prairie dog life.

In the 80’s most boys played with GI Joe, He-Man, Star Wars toys, Atari video games, or even a Teddy Ruxpin. But I carried around a stuffed prairie dog named Prairie Pup.

As my Special Ed teacher Ms. Milne once told my parents, “Ron always carries an animal book in his right hand and Prairie Pup in his left.”

Me and Prairie Pup

My mom harnessed my special interest in prairie dogs and animals to teach me reading and writing skills. As a professional artist she taught me with art, drawing pictures of prairie dogs to illustrate concepts.

In fifth grade, I won the Detroit Edison Drawing contest for Oakland County by creating a poster of Prairie Pup and his furry friends. For the prize Prairie and I met captain of the Detroit Pistons basketball team and future Hall of Fame inductee Isaiah Thomas.

In sixth grade, I was deemed too old to carry a love-worn stuffed animal, so Prairie Pup was officially ‘expelled’ from the Rochester public school system.

In my presentations, I joke that it’s a good thing my special interest at the time was a stuffed prairie dog and not a honey-badger. It would have been hard for the school administration to expel an agitated, aggressive, wild beast!

One of my son’s favorite activities was dictating short fictional stories about his stuffed animals and drawing illustrations. I wrote Ron’s short stories in spiral notebooks. Ron drew the main characters: Chatter the Squirrel, Little Gnawing Beaver, Bouncing Bear, and Prairie Pup. I was able to teach Ron new vocabulary through writing and also helped his imagination to blossom. By watching me write, Ron was able to learn reading comprehension and memorized the spelling of words.

During elementary and middle school, I had difficulty developing friendships with peers due to my social awkwardness and sensory issues. If my daily routines were altered, I experienced painful meltdowns. I call my meltdowns, “My honey-badger moments.”

Like many children with autism, I lacked the ability to decode body language and interpret social clues. As a result, I was bullied ruthlessly by my peers.

Running in the state finals

In my junior year of high school I received Jesus as my Lord and Savior, and felt that my life was now on the right track, both literally and metaphorically. I made the honor roll two straight semesters, was a star athlete in track, and memorized over 2,000 Scriptures. (I currently have over 10,000 Scriptures memorized, including 22 complete books of the New Testament.)

In the spring of 1994, our school’s 3,200 meter relay team finished 12th in the State of Michigan. As we drove back from the state final, Nate, the anchor on our relay, commented to Coach Budd, “Next year we could be the fastest 3,200 relay but Ron will be past the age requirement!”

I heard the Holy Spirit speak to my heart, saying, “I will make a way for you.” So I said, “God will provide a way for me to compete.”

Since I had repeated kindergarten, I was past the MHSAA age requirement by three months. My family prayed daily for a miracle. As my senior year approached, my mom contacted the MHSAA. In May 1994, they stated, “Due to your son being past the age requirement we will not allow him to compete!” My parents contacted attorneys and learned that a lawsuit would cost over $40,000.

As the cross-country season drew near, the circumstances seemed hopeless. My mom told me, “There’s nothing we can do now but pray and trust God.” In June 1994, I returned from a five mile run and grabbed the Detroit Free Press. On the front page, I saw an article about Craig Stanley, a fellow athlete past the age requirement.

Our situations were remarkably similar. We were both born in May 1975. Each of us had repeated early elementary grades, and we were both cross-country and track runners. My mom immediately contacted his family. Soon we met and joined forces in prayer and advocating.

After I rededicated my life to following Christ, I felt a desire to be re-baptized to demonstrate my commitment. (I was first baptized at nine months old, on the same day I said my first word: “Mom.”)

On Sunday June 10, 1994, I was baptized by Pastor Rob. As Pastor Rob lifted me from the water, he said, “I feel this verse is for you: Joel 2:25, ‘I will repay you for the years the locusts have eaten—the great locust and young locust, the other locust and the locust swarm—my great army that I sent among you.’ Your blessings will begin today.”

When I got home and checked the red flashing answering machine, I had an unexpected message from attorney Rick Landau. He said, “I believe that your case will set a precedent for the Americans with Disabilities Act and I want to represent you pro bono.”

As a result, we won our federal case and Craig and I were able to compete during our respective senior years of high school. My 3,200 relay team set the school record; we also ran the second-fastest time out of 182 teams.

During this season, I felt a call to become a minister. Michigan Christian College, now Rochester College, gave me an athletic scholarship for cross-country and track. I finished my freshman year making the Dean’s List both semesters, and I received an academic scholarship to Oral Roberts University. Six years later, I graduated with a Master of Divinity and highest honors.

What’s Ahead for the Future

On April 5, 2016, national publisher Charisma House will release my book, A Parent’s Guide to Autism: Practical Advice. Biblical Wisdom. In writing the book, I interviewed over 40 experts in the autism community and over 40 parents who have a child with autism.

Thanks to the help of my parents and the grace of God, I am living my dream working as a professor of theology, serving in the medical field, and enjoying married life with my beautiful wife.

Ron Sandison works full time in the medical field and is a professor of theology at Destiny School of Ministry. He is an advisory board member of Autism Society Faith Initiative of Autism Society of American. Sandison has a Master of Divinity from Oral Roberts University and Charisma House is publishing his book on 4/5/16, A Parent’s Guide to Autism: Practical Advice. Biblical Wisdom. He has over 10,000 Scriptures memorized including 22 complete books of the New Testament. Ron and his wife, Kristen, reside in Rochester Hills, MI, with their pet rabbit, Babs, and cat, Frishma. 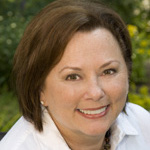 Brimming with insight and compassion, Ron Sandison is a wonderful story-teller. Just like Jesus told stories, Ron uses stories that you won’t forget as a way of conveying important concepts and principles about autism. He weaves together his strong Christian faith with his understanding of his own autism and the lives of others on the autism spectrum. This book takes the reader to a new level of empathy and respect for individuals who live with autism. 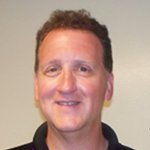 I know Ron Sandison as not only a rich man of God, but a wonderful conduit of hope to those who need the great news of the gospel of Christ. Ron recognizes the need of the church to minister to those in our community affected by disability. By and large the church has not been a welcoming place for people with special needs. Many would feel that a man with Autism may not be able to used by God. Not only does Ron prove those people wrong, but his insight on how the church can best serve those with Autism and their families is invaluable. 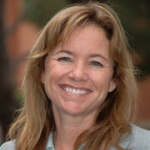 Finally the world is starting to realize the many strengths and gifts that individuals with ASD can offer. Ron is a perfect example of the great intelligence we often see in those on the autism spectrum. His book is interesting, insightful, and intriguing. The challenges that he endured in his younger years are unbelievable and his resiliency is incredible. Ron’s book is truly amazing. Every reader will appreciate his honest and captivating stories.

Lynn Kern Koegel, PhDDirector of the Koegel Autism Center at the University of California, Santa Barbara 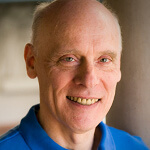 A Parent’s Guide to Autism is must reading for anyone on the autism spectrum. I learned a lot about how to improve my social skills and become a better team player. Ron gives particularly helpful advice for relatives and friends of  individuals on the spectrum on how to help them identify and develop their special gifts and overcome their handicaps. Ron’s Christian pastoral touch beautifully illustrates Paul’s teaching in 2 Corinthians 4 about how all of us, neuroatypical and neurotypical, need to develop the humility and grace to allow God’s glory to shine through our apparent deficiencies.

Dr. Hugh RossAstronomer, pastor, president of Reasons To Believe, and author of 17 books on creation 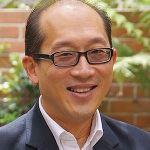 If the world fears the diagnosis of autism, then Ron Sandison’s prescription helps us discover instead how those across the autistic spectrum are variously gifted instruments of the Holy Spirit to accomplish God’s redemptive work in the world. This parent’s guide thus is honest about autism’s challenges but through such opens up windows into unimagined possibilities for us all.

Dr. Amos YongProfessor of Theology & Missions at Fuller Theological Seminary and author of "The Bible, Disability, and the Church: A New Vision of the People of God"